Have you ever heard the term a picture speaks a thousand words? Then a video at 25 frames per second speaks 25,000 words, or 1.8 million words according to a popular statistic circulating online. Either way, the power of video can’t be denied and it is one of the most powerful tools of visual communication.

Below are three examples of very creative use of video online.

This particular video is not only very creative but very well executed and produced with what looks like a significant budget. It is an interactive story which uses video as the main medium. The story is used as viral marketing for G-Shock watches, where the watch is used as a prop and theme in the story. Not to mention it is fun to play, this video campaign makes great use of interactivity to keep the user involved.

It develops the characters well and fast, you start to care and get invested in them in a short amount of time which has been very skillfully done.

The story is simple. It revolves around a father and daughter who find themselves in a sticky situation after the father gets blood on a wound from a zombie. The watch plays a role in the story as his infection sets in after five minutes and he also has five minutes to find out whether or not he’ll slip away into zombiehood or survive. This is a great example of branded video content designed to entertain and engage. Very entertaining and fun to play.

Directed by Maximilion Niemann and edited by Fabien Gustus.

See Honda’s – The Other Side 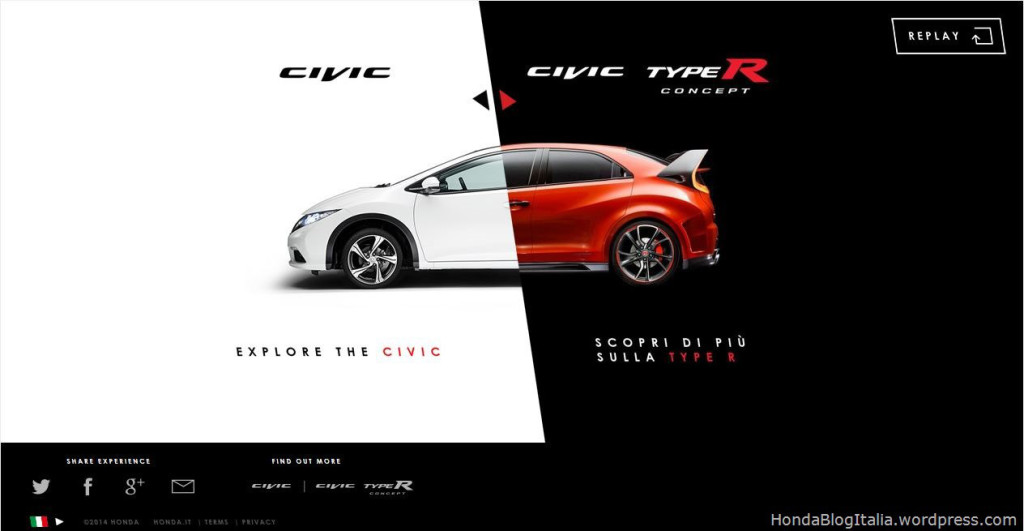 This Honda video marketing showcases the Honda Civic and the Honda type R concept car.
A very well made video with a high budget. The unique feature of this video is that it allows the viewer to watch a day or night version of the story by pressing the R button. When the viewer holds down R on the keyboard they will see the video as best matched frame by frame as they could, but in night time and with a different story. The default is daytime with the civic, it switches back and forth toggling in realtime and looks great. Very smoothly done all round.

Holding R is the night time concept car. The night time side and the story is a bank heist driver dropping the men off and then driving them away, it is shot much like ‘Drive’. It’s worth the watch and the interactivity makes it fun to participate and see all the different shots.

This is a straight-forward website of an Artist called Anders Hed.
There are five slides that the user can scroll down, each with a subtle stylized video in the background giving a nice pleasant look and feel to the entire website. It’s a great example of very simple use of video to communicate  strong brand message.