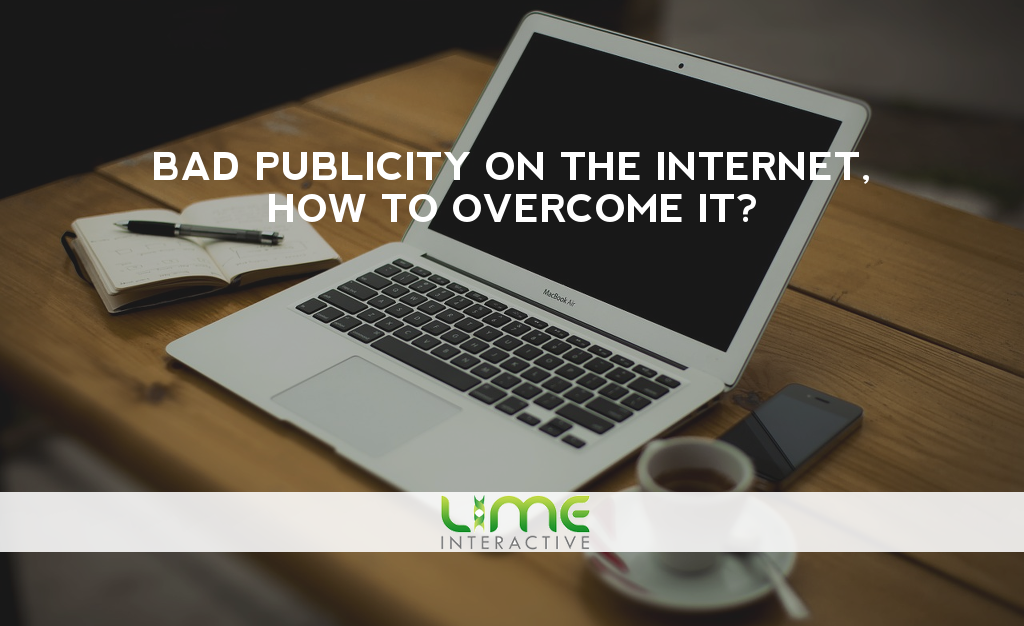 Public Relations: How To Overcome or Avoid Bad Publicity in the Digital Age

Today, digital is at the heart of a public relations policy and every brand knows the importance of a well-conducted social media campaign. However, companies are not perfect and can show some weakness in how they conduct business and their communication with the public. A crisis can happen all too easily, and above all can have quick consequences for the brand. Yet, proactive and reactive action can be taken to limit damage to the brand and in some cases even turn the negative publicity around.

What are the top tips to manage a crisis communication based on an online bad publicity?

1. Have a brilliant Public Relations manager before the crisis

Ahead of the crisis, it is important for a brand present on social media to get a good community manager. Quick and reactive, he has the responsibility to show the company puts clients at the heart of their communication. Answering comments – bad or good – and being able to build a community are his principal objectives. A good example of this is ESB, Ireland’s national electricity provider who have been praised many times for their handling of electricity shortages. This has been made possible by a clearly laid out strategic communications policy that outlines how they react to crises and how they respond to queries via social media and traditional media. Having a plan allows them to act fast in a crisis situation on Twitter, radio and through press releases. A positive set of parameters for communication has to be established between the company and (future) customers so that in a crisis the public will have an empathetic attitude towards it.

In the case of a crisis, your communication must be accelerated. Every detail shared on social media is spread at breakneck speed and customers become agitated, especially without any news. At the beginning of the 2013, frozen food manufacturing company Findus was at the centre of scandal when it was accused of selling horse-meat lasagne instead of pork meat. In this case, the company did not react fast enough. While they gave information in relation to the accusations, they did so on their website only. At a time when the first thing which comes to mind to people is opening Facebook and Twitter in the morning, it was an unpardonable mistake for Findus. Speed in sharing explanations or excuses from a leader – the highest the best – would have limited damage to their reputation. Their lack of speed in communicating to their social media community broke the golden rule of reputation management – to always keep in touch with the customer.

Sometimes it happens that for any reason a product’s communication campaign is called into question and is victim of bad publicity. Perhaps the brand tried to distinguish from their competitors and in an effort to stand out from the crowd used bad taste that unwittingly backfired. Occasionally the questionable viewpoint of the company leader or spokesperson can go against the grain of public opinion and land the company in hot water. In these circumstances, the company has the option of either standing by their expressed communication or backtracking and adopting a standpoint that is more in line with public opinion.

In October 2014, Victoria’s Secret’s ‘The Perfect Body’ advert stirred a controversy. In this ad for a bra called ‘Body’, ten slender women pose wearing only underwear, with the slogan ‘The Perfect Body’. After numerous critics accusing the irresponsibility of the brand, its denunciation and online campaigns of women advocating their personal version of the perfect body, Victoria’s Secret changed the ad and turned it into ‘A Body For Every Body’.

The brand had to make a choice between weakening its credibility or yielding under the customers’ criticisms. This solution showed the brand is attentive to the point of view of the people. In such a situation, you have to weigh the pros and cons of the campaign in question and decide if it is possible and worth it to modify it.

4. Turn Your Public Relations around

A situation is never desperate beyond repair, and the French brand La Redoute is the best example to explain it. Three years ago, on a promotional photography for its children’s clothes of the Spring/Summer collection, La Redoute forgot to erase a man at the background of the picture. An important detail: the man is naked. Soon the photo became viral and the hashtag #nakedman became the 2nd most tweeted topic in the world in a few hours. The brand was a long way from showing anxiety and revealed that a dozens other “mistakes” remained on the website. The company initiated a game of “spot the anomalies” with the consumer. This publicity served the brand well when the web traffic showed a rare increase of 70% in a few days. Information spread extremely fast on the Internet and La Redoute proved their mastery in communication. The company even put a lesson online on “How to twist a bad buzz into a good buzz”.

In conclusion, do not think a bad buzz will kill your company. Stay calm and reactive, and never forget to innovate. Ideally, take a proactive approach if possible. One of your key ingredients should be to be as transparent as possible and to let the customer know that you are doing your best.

« Mobile-friendly website checklist, the must-follow guide to ensure your website avoids penalties from Google
Vital Statistics about the Irish Market: A Slice of Ireland »

Caroline Rocher is a Communications Specialist at Lime Interactive Ltd. She loves PR, Communications, the Arts and Dancing! Caroline is from Sarlat, France and is currently discovering all the beauty that Dublin has to offer.