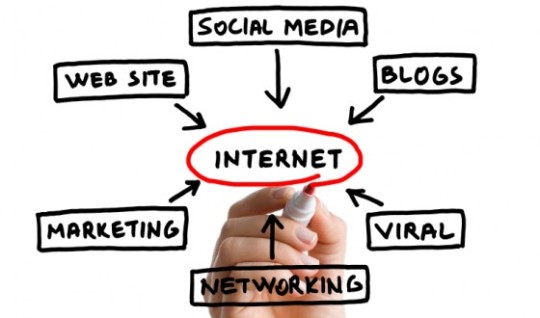 Worldwide advertising spend is due to grow 5.5% in 2014 to $537 billion, while online advertising will account for almost one-quarter of that according to the latest forecasts out from ZenithOptimedia.

In comparison, advertising spend in 2013 was 503 billion according to research from the same group.

While search ads such as Google Ad Words have dominated the internet, the rise of advertisement technology and social media seems to be changing that trend. Zenith forecasts that by 2015 internet display will overtake paid search at 74.4 billion vs 71.1 billion.

However for the time being search still reigns supreme, with $55.7 billion being invested into search ads in contrast to $51.8 billion being put into display and the slowly expanding area of classified ads which is expected to pull in just $13.5 billion and have the small annual growth rate of 6% until at least 2016.

In the meantime, the small section of business that continues to be growing fast is mobile, with $13.4 billion being spent on mobile advertising in 2013 which accounted for 13% of all internet advertising expenditure and 2.7% globally. This is expected to grow to as much as $45 billion by 2016, which would account for 28% of the internets entire ad spend and 7.6% of advertising investments overall.

ZenithOptimedia researchers are quoted as saying “Mobile will leapfrog radio, magazines and outdoor to become the world’s fourth-largest medium by the end of our forecast period,”. (without breaking out mobile advertising figures for 2014).

When discussing ‘mobile’ the research is referring to internet adds on tablets and smartphones i.e. in app ads, classified ads, search ads and display ads.

Despite ZenithOptimedia stating that internet advertising ad spend will continue to be the category with the fastest growth, it is showing signs to be slowing down. The sector increased by 16.2% in 2013 but is expected to slow down sometime between 2014 and 2016 to 16%.

This is due to ever expanding audiences, with the number of Facebook users standing at over one billion and mobile Facebook users soon approaching that number. Another reason is developments in advertising technology which allows companies to have more control in terms of how their advertising is being seen and also providing them with data regarding statistics on the effectiveness and impact of the advert.

“Measurement agencies are investing in research that should measure consumers’ exposure to traditional display ads more accurately, and track their exposure to video ads across desktop computers, tablets and television screens,” says researchers from ZenithOptimedia. More traditional media outlets are following suit, with service providers now offering both traditional and online services and online companies such as Twitter trying to make a relationship with advertising more integrated with traditional viewing experiences.

While industry leaders of online video such as Youtube and services with similar offerings will overshadow display adverts, the will fail to overtake social media advert investments which will increase by 23% this year. Despite Youtube practically owning the monopoly of online video, the faster growth of social media’s advertising sector could prompt Google to invest more money in their social media sector in the future.

The slowest rate of growth is that of paid search which seems to be slowing down in comparison to the other categories, but still maintains higher growth than that of traditional media.

Right up to 2016, paid search is expected to expand by 13% each year. Zenith have concluded that this will increase advertising technology advancements into the paid search market, more detailed product info, better localisation of search results, images within ads and advances in mobile advertising using click-to-call and location targeting amongst the features. Also, companies like Google are taking a more active role in specific vertical search markets which is something of a controversial topic in places like Europe.